Noom has been around since 2011, but it really just hit the mainstream press in the past couple of years. I’ve only ever seen it advertised on social media but didn’t click through, dismissing it as yet another weight-loss app that I probably wouldn’t stick with. One day, however, in a moment of weakness, I decided to give it a shot. Since there was a seven-day trial, I decided to try it for a week to see if I liked it enough to stick with it. Two months later, I’m still on it. It turned out to be something completely different from what I expected.

First, a bit of background about myself. I’ve struggled with weight loss for almost my entire life. I wasn’t particularly chubby as a kid, but I ballooned substantially during my college years, when I began stress-eating my way through midterms and finals. I did eventually lose nearly 30 pounds after I graduated, but I gained nearly all of it back, and thus began my years-long affair with yo-yo dieting.

I’ve tried several different diet plans (South Beach, Atkins, Paleo, you name it, I’ve tried it), gone to multiple gyms and personal trainers, downloaded and used a litany of apps and gadgets that purport to help you lose weight. And while I’ve shed a few pounds here and there, none of it has really stuck. 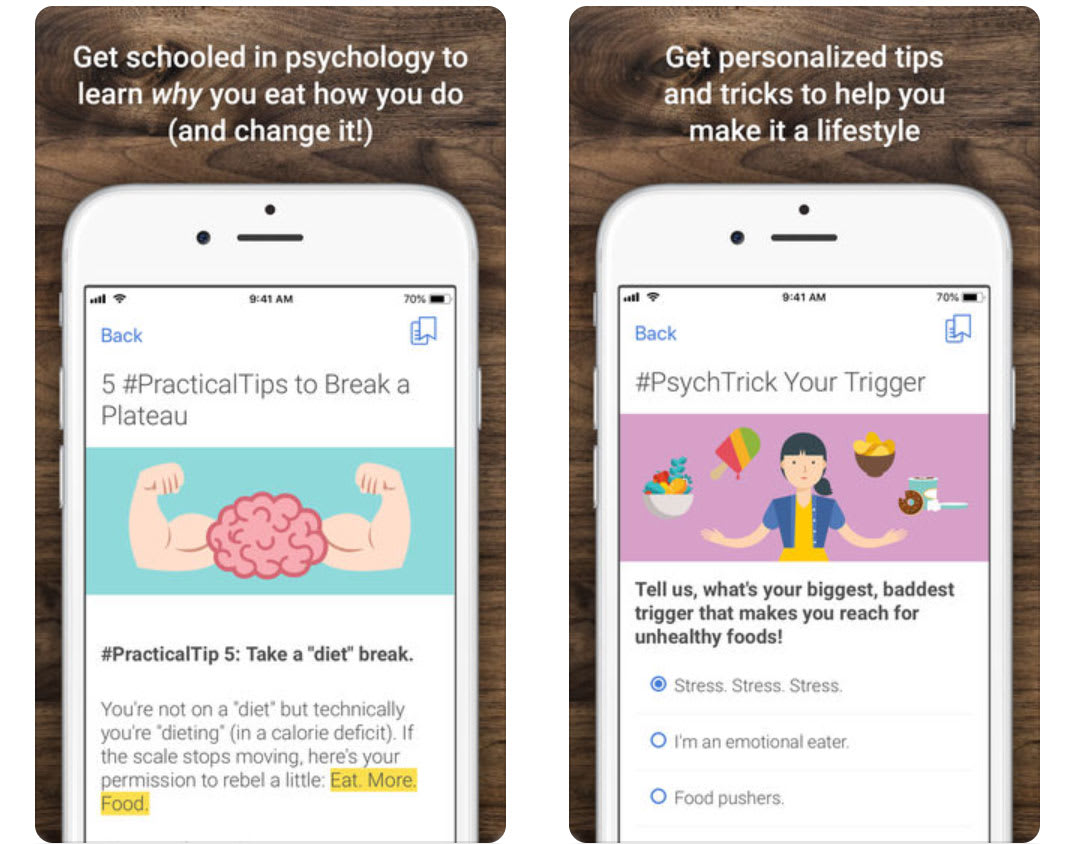 Here’s the thing — and I’m pretty sure anyone who’s ever tried to do it will tell you the same — I know how to lose weight. After all, I’ve done it several times before. But weight loss is more than just knowing what to do. You also have to actually do it. And that is easier said than done.

“Losing weight seems simple at first. Just eat better and move more,” Dr. Carolyn Jasik, an adolescent medicine specialist at UCSF with an expertise in treating obesity, told Engadget. She is also the head doctor at Omada Health, a company that focuses on lifestyle changes and weight management for adults. “But to do it is incredibly difficult and is very complicated.”

“Food is extremely rewarding to the brain,” said Dr. Andreas Michaelides, Noom’s chief of psychology, to Engadget. “Our bodies want to put on fat. Putting on fat is a survival mechanism.” In short, he said, you have to fight your own body’s natural urge to keep on the weight you’ve accumulated. “You have to fight your habits, which have been built up over the years. And the longer you’ve learned something, the harder it is to change it. You have to change the way your brain is wired.”

Noom is structured in such a way to help you do exactly that. The Noom app consists of three different elements: a daily interactive portion with articles, food logs and quizzes, a coach that leads a support group with other people from around the world, plus a personal, individualized coach whom you talk to on a one-on-one basis. There’s an artificial-intelligence component to all of this too. Your daily food log, for example, will help inform what your next week’s goals should look like, and your personal coach can help you along the way. 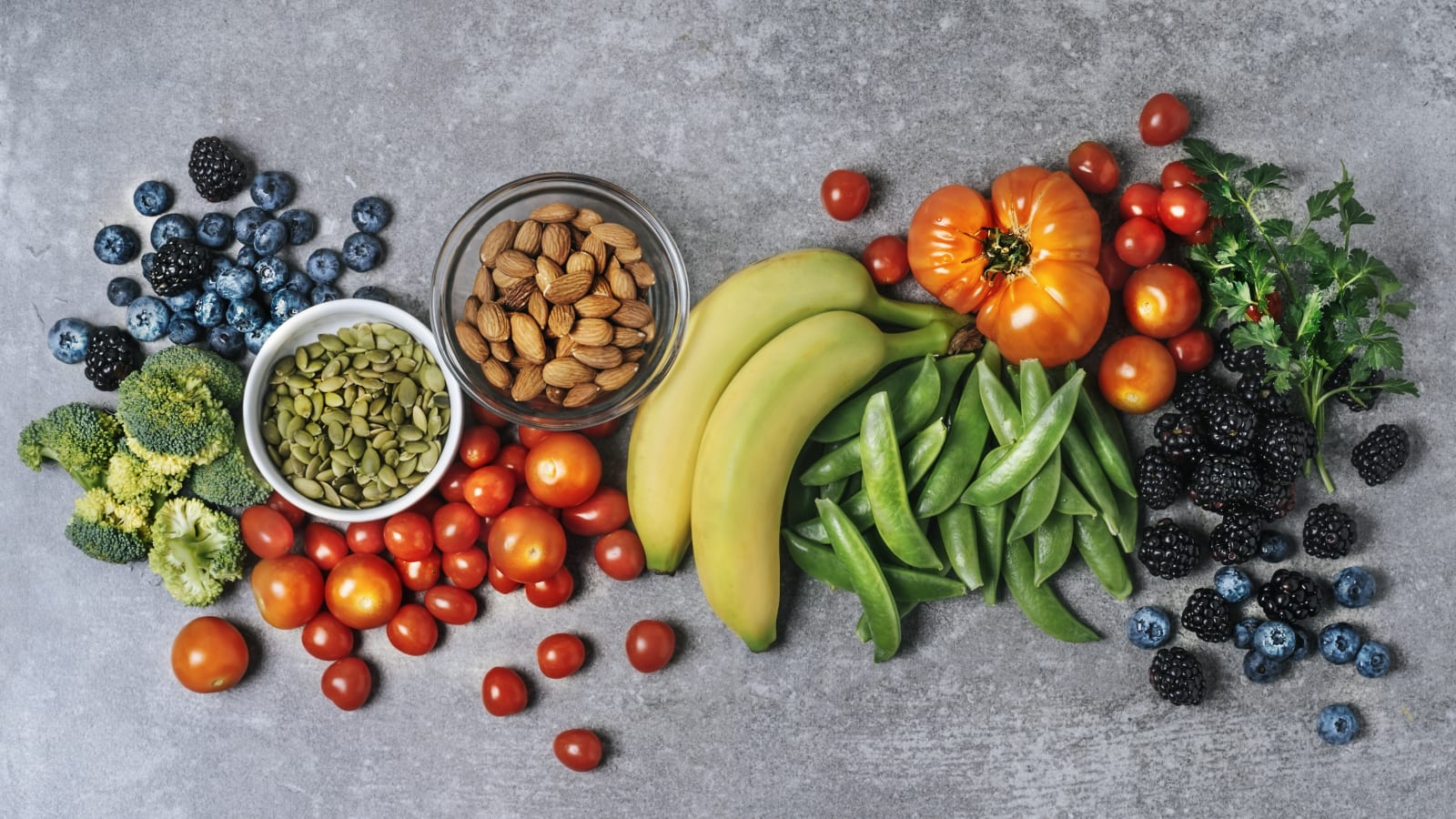 To start, Noom tells you, through a series of daily articles, about the kinds of foods you should eat, versus the ones you shouldn’t. Fruit and vegetables, for example are in the “green” food category, while pasta and bacon are in the “red.” But it doesn’t tell you that you shouldn’t have “red” foods. In fact, there’s no real restriction at all as to what you should or shouldn’t eat. The main takeaway is to increase the “green” foods and not eat as much of the “red” foods. You’re encouraged to keep a daily food log, which also happens to be part of the app, to stay on top of that. If you do lapse and have a cookie now and then, it’s not the end of the world.

The key, however, is to recognize what it is that made you eat that cookie. Here’s where Noom’s behavioral psychology comes into play. Through Noom, for example, I learned that I need to watch out for “Fog Eating,” which is mindless, unconscious eating, as well as “Storm Eating,” which is eating due to stress or emotions. I also learned about certain external triggers that might cause me to eat things I shouldn’t. There are “social” triggers, which prompt you to eat foods when you’re around other people (“if everyone’s having cake, I should too”), and there are also “environmental” triggers (if there are cookies right there in front of you, it’s very hard to pass it up).

Then, through the app’s lessons and personal coaching, Noom helped me find a way around those situations. Perhaps instead of eating a cookie when I’m stressed, I can meditate, go for a walk, or talk to a friend. Or I can try to always have a healthy snack on hand, so I have an alternative to surprise Donut Day at the office. What I found quite profound is the idea of mindful eating. Instead of just shoving food in my mouth while in front of a TV or a computer, Noom encourages you to eat without any screens at all. This way, I’m more aware of what I’m putting in my body and am far likelier to make healthier choices.

“We slowly use psychology and small goals to change your habits,” said Noom co-founder Artem Petakov. “We teach you context, to help you understand behaviors, and how they actually form. We try to tell you what kinds of things that are actually triggering your behavior.” 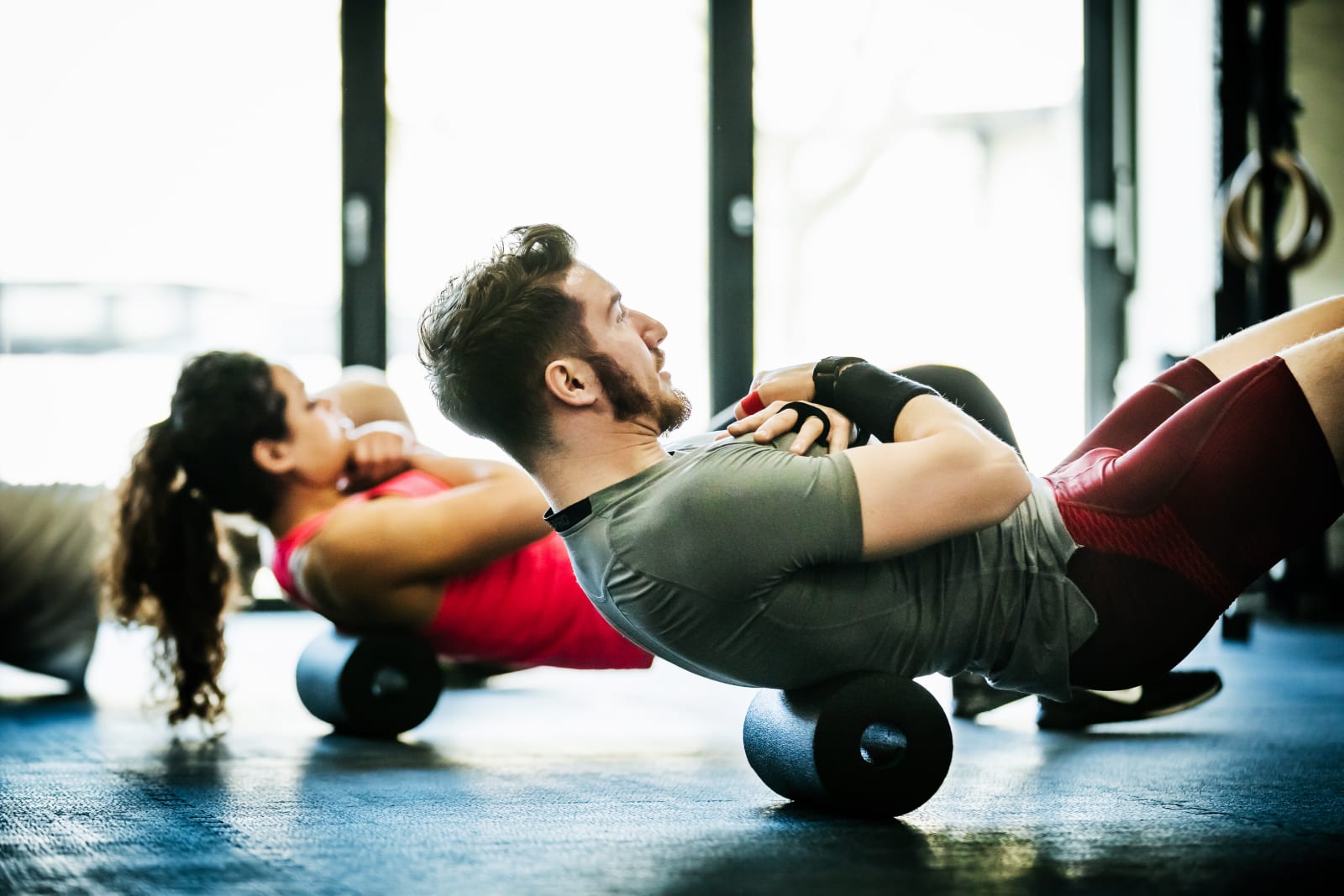 “Diets come and go, but they are not sustainable on their own,” said Michaelides, who is critical of fad diets like eating cabbage soup everyday, or diet programs that just deliver packaged foods. “When they’re gone, you’re going to go back to the way your life was. The path to changing your life habits is rooted in the brain. It’s really important that you change the way you look at food. Changing your life, changing your behavior; that’s the cornerstone of weight loss.”

This aspect of behavior and psychology is one of the core differences between Noom and most of its competitors. Apps like Lose It and MyFitnessPal, for example, only log your food. Fitness trackers like Fitbit only count steps. And of course there are multiple exercise apps as well, like Sweat for cardio and strength training or Glo for yoga. But most of these apps are self-directed, and studies have shown that they’re just not very successful.

“Apps alone are not enough to move the needle on weight loss, because they do not offer the intensive behavioral counseling piece,” said Dr. Jasik. “People purchase these devices or download them, but without the behavioral support, they don’t produce long-term results.” For example, both MyFitnessPal and FitBit have been evaluated in studies, and though there’s some improvement, the weight loss is not sustained.

But, Jasik said, if you were to combine these apps in conjunction with a program with your health provider, then it might help. FitBit, for example, has added coaching services like Twine Health to their programming, so it’s no longer just about counting steps. Omada Health, which is Jasik’s employer, uses a combination of an activity tracker, a food log plus a human coach to problem solve and support weight loss behavior. 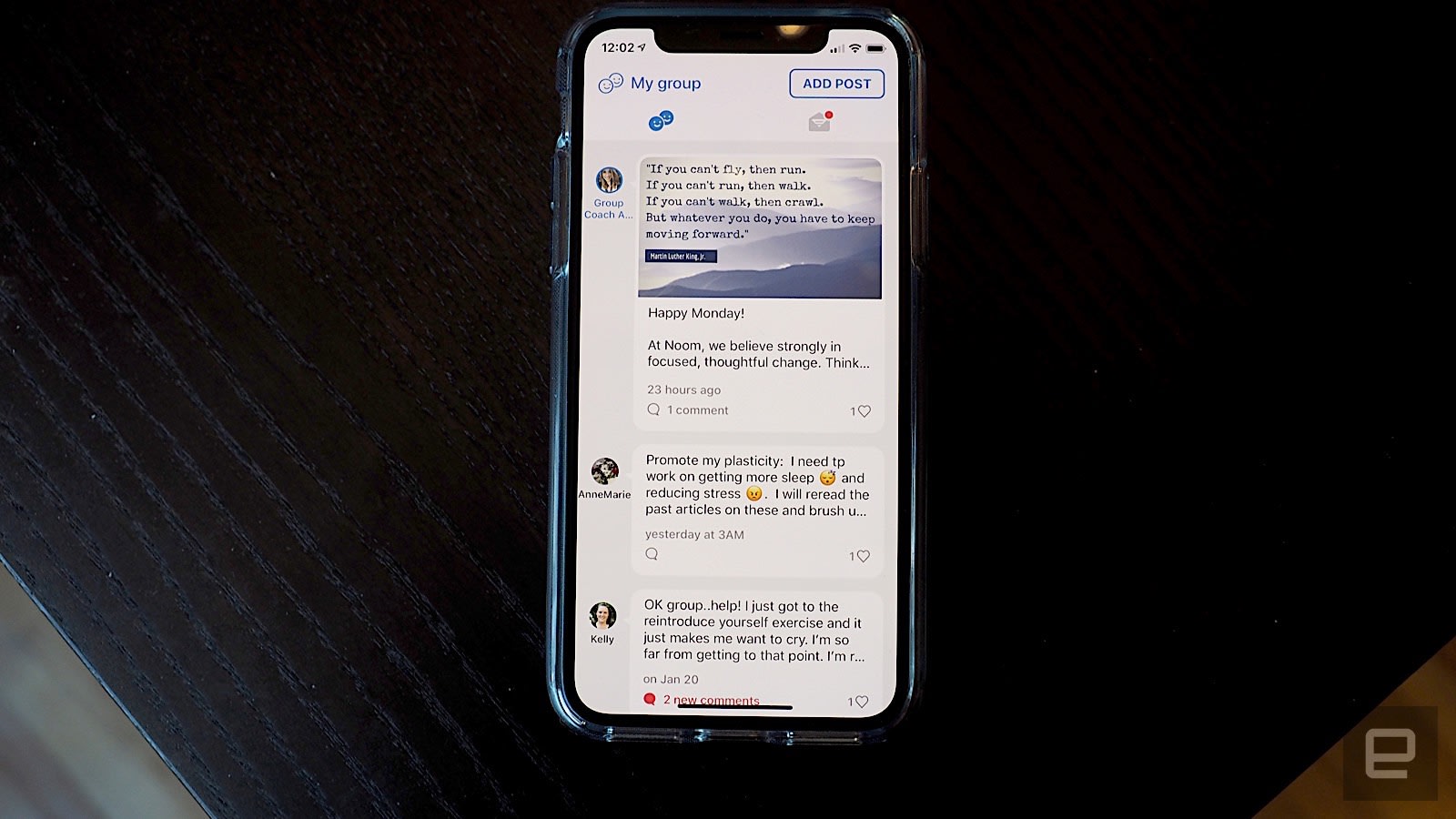 Aside from Noom, there are other apps and programs that could help too; Weight Watchers, for example, offers in-person group meetings and Rise is an app where an actual food dietitian goes through your weekly food log to help you figure out what you should and shouldn’t eat.

“The best evidence for sustained weight loss, especially in the prediabetes population, is through intensive behavioral counseling using coaching and peer group support,” said Jasik. “The human part really makes a difference here. The tech itself is not enough. It’s a matter of support and accountability.”

But before trying any of these apps, Jasik recommends you talk to your doctor to really understand your body’s needs. Once you know your cholesterol, blood sugar and blood pressure levels, you’ll at least know your starting point. Then, she recommends discussing options with your insurance provider or employer, as they might have prediabetes or weight-loss coaching programs. Anything with a human element is always more preferable than just an app alone. 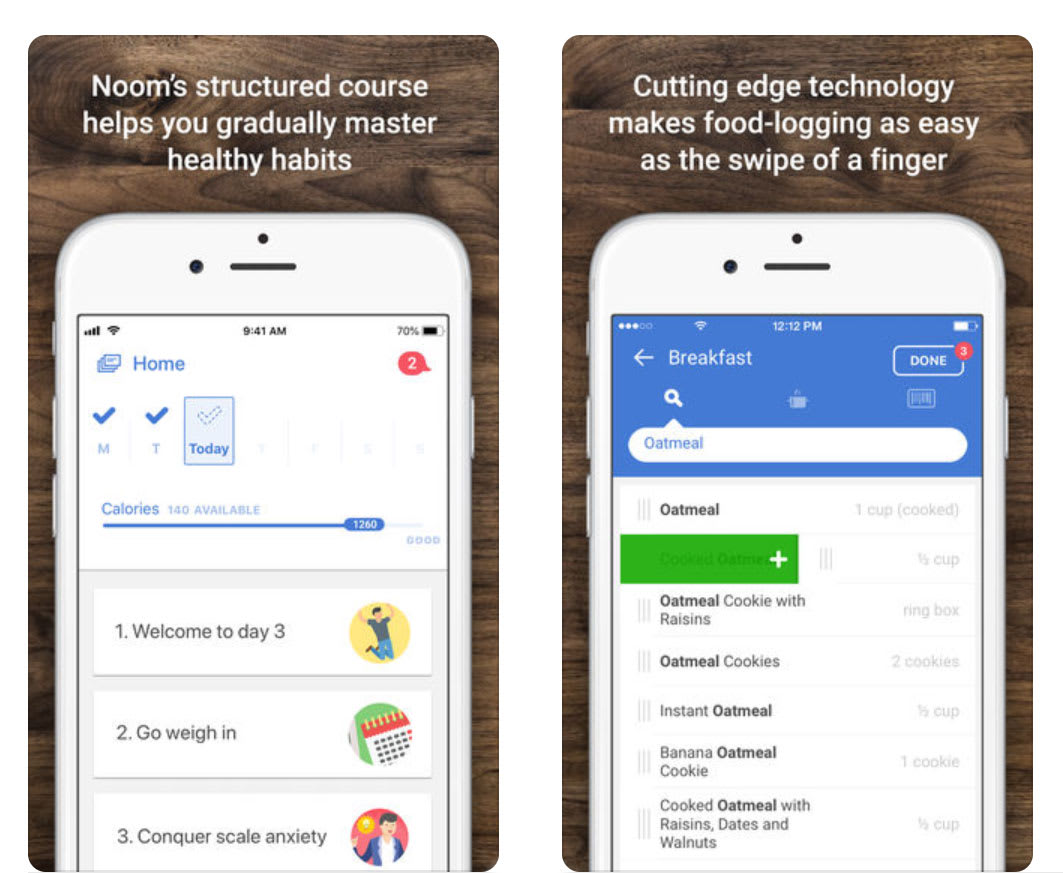 “The average American adult gains weight usually during key moments in their life, that are often transformative and stressful,” said Jasik, giving examples of women gaining weight after childbirth, or young adults putting on a few more pounds in college. There are also those with mental-health issues like depression and anxiety, who deal with their conditions through food.

“People just don’t tend to take care of themselves,” she said. “A big opportunity exists to address the emotional side of our physical health.”

That’s not to say that I don’t make mistakes. During Christmas, I didn’t really follow the Noom program at all, and neither did I eat very healthily during my week in Las Vegas for CES. But the beauty of something like Noom is that’s very much allowed.

“Slips and slides are not deviations of the process, it’s part of the process,” said Michaelides. “You can’t have a black-and-white mindset. You have to know from the start that it’s going to be a bumpy ride, and that you’ll make mistakes. It’s okay. The important thing is to get back up and try again; to not slide further down.”

My goal two months ago was to lose around 18 pounds. So far, with the help of Noom, I’ve lost around 6. No, that’s not huge progress, and Noom isn’t exactly cheap at around $50 a month. But that’s still far cheaper than having your own personal nutritionist and life coach, and I am seeing real benefit from it. Here’s hoping that with enough positive thinking and stress management, I can make it all the way through.